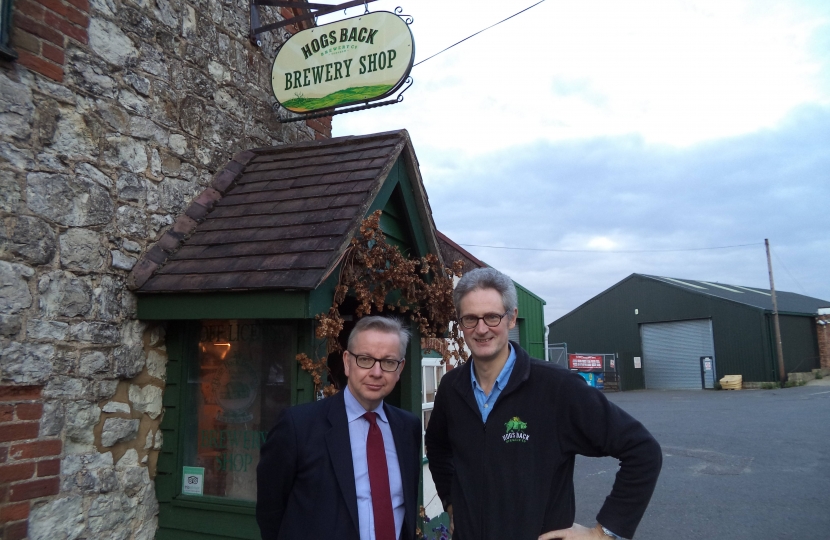 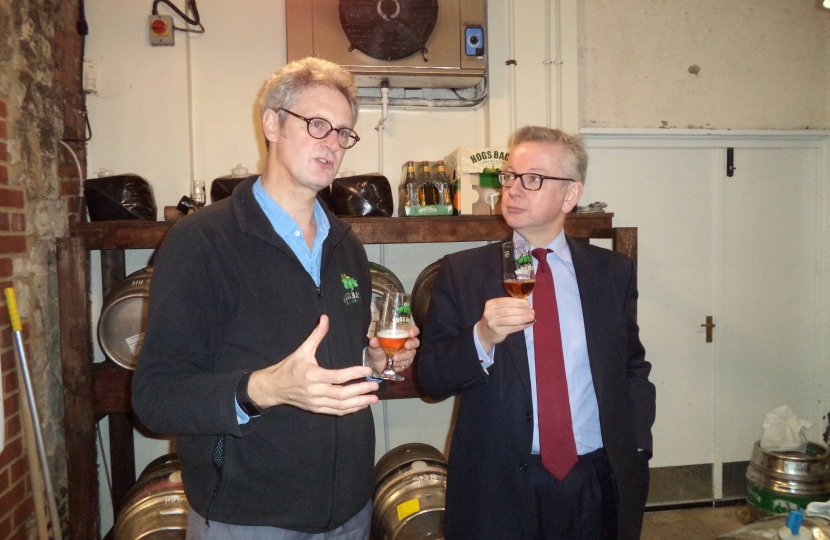 Michael Gove dropped in again on the Hogs Back Brewery, and enjoyed a further tasting of its delicious brews! He met Rupert Thompson, Managing Director of the Brewery, and spoke about the Small Brewers Relief. The brewery was founded in 1992, is Surrey’s largest independent brewery, and recently featured in BBC One’s Countryfile, while its hops were being harvested.