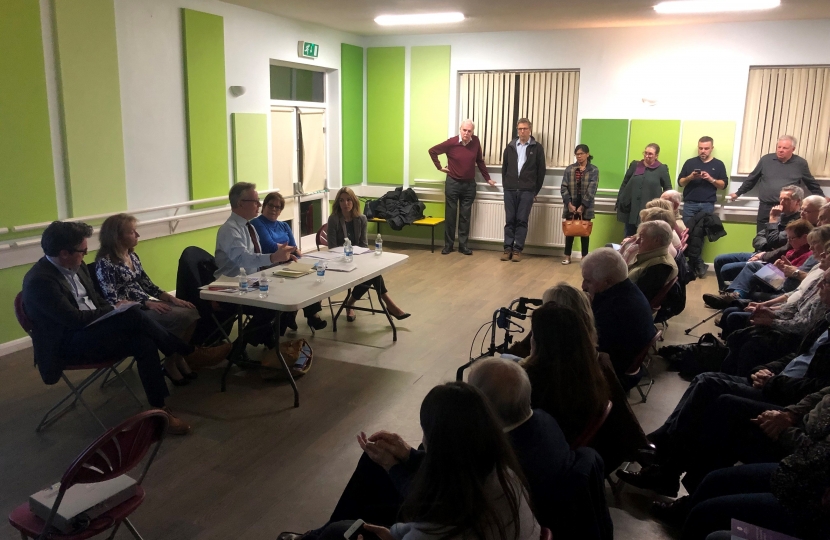 On 22 February 2019, Michael chaired a special Q&A session at the Briars Centre in Lightwater about Heathrow's Airspace and Future Operations Consultation, which closed on 4 March. Four representatives from the Airport were there to answers residents’ queries and concerns.

Michael asked the Heathrow representatives at the Q&A to provide a summary of the current situation in Surrey Heath regarding the heights of aircraft, noise generated, etc, plus a similar summary of the predicted changes were the proposals to go ahead. Comparisons can then be easily made. Heathrow provided a response, which is attached below.

Michael wrote again to Heathrow on 31 May to request further information concerning the current noise levels in Camberley and Windlesham, and suggested the deployment of monitors in both areas, such as that in Lightwater. Heathrow's response of 6 June is also attached below.

Michael arranged a further Q&A for local residents on 6 September 2019.