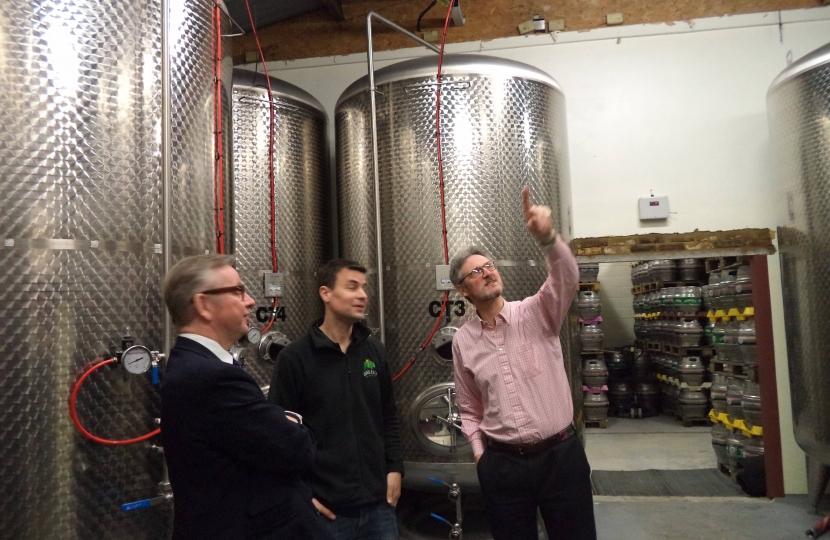 Last Friday, Michael took a tour of the Hogs Back Brewery, founded in 1992, which is Surrey’s largest independent brewery.

The brewery has won around 70 awards, most recently a gold medal in the best bitter category for the London and South East area from the Campaign for Real Ale (CAMRA) for its Traditional English Ale, and a gold medal from the Society of Independent Brewers (SIBA) for its English Lager.