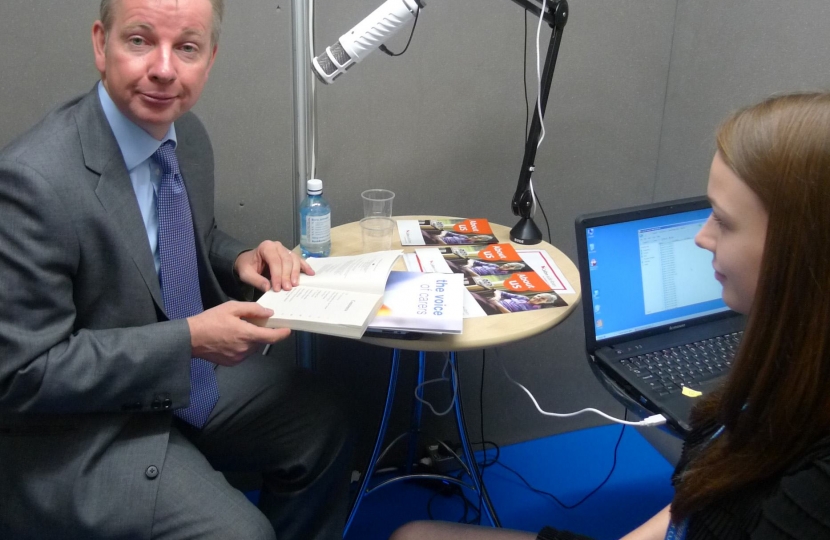 They joined a number of Ministers, Members of Parliament, Party Staff, journalists and delegates who also recorded a story – as well as members of the Cabinet, who read a selection of children’s stories.

“I was delighted to be able to take part in this year’s Social Action project at the Conservative Party Conference. Calibre Audio Library is an admirable organisation and an indispensable service for those who are visually impaired. I really enjoyed recording a story at the Social Action Zone and I hope it will be listened to again and again!”