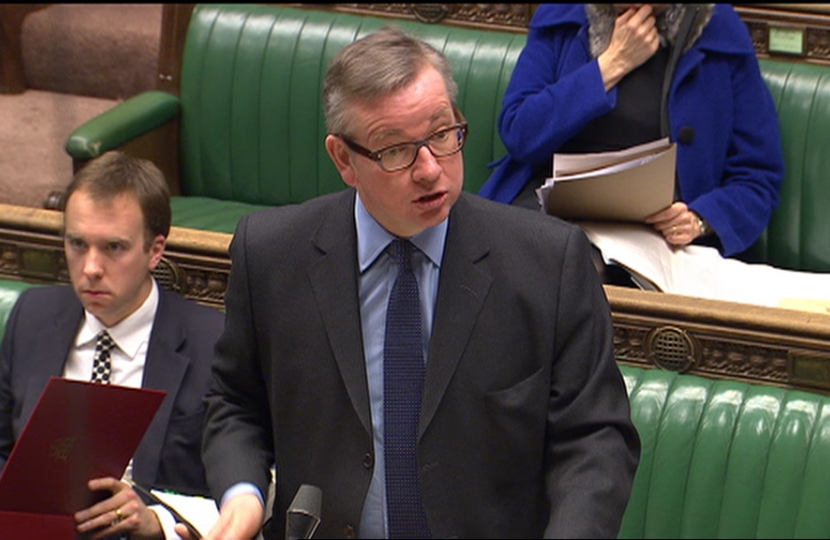 Michael Gove has warned that the Labour Party were planning to hammer hotels and B&Bs in Surrey Heath with a new overnight accommodation tax. This ‘holiday tax’ would force up the cost of living for hard-working people and threaten jobs across Britain’s tourist industry:

·        Labour want new overnight tax: Earlier this month, Labour Shadow Minister, Sadiq Khan, called for the ‘introduction of a levy on overnight accommodation’, a move echoed by a Labour Select Committee Chairman and many Labour councillors. The last Labour Government also proposed a new hotel tax in its Lyons Inquiry report into local government finance, but backed off after a campaign by Conservatives. Such a hotel tax is now on Labour’s policy agenda once again.

·        Up to 43,000 businesses to be hit: Hotels and other accommodation are already subject to VAT, corporation tax, business rates and National Insurance. Research estimates that up to 43,000 hotels, hostels and holiday lets across England currently paying £660 million a year in business rates could be affected by the new overnight accommodation levy.

·        Forcing up the cost of living: The new hotel levy would harm the competitiveness of the UK tourist industry in a global economy; and ultimately it would be passed on to modest income families going on holiday in Britain. A hotel tax could typically add £126 extra to the cost of a two-week stay in a reasonably priced hotel, or even more in hotspots like London, Brighton or Bath.

‘I’m very concerned about Labour’s plans to hammer hard-working people with a new holiday tax. This will push up the cost of living and destroy jobs in coastal towns and popular tourist destinations across the country.’

‘Surrey Heath is a fantastic place to have a holiday and tourism is Britain’s fifth largest industry. We should be encouraging people to enjoy our nation’s unique heritage and history, but Labour’s plans will make having a holiday here far more expensive, which will drive people elsewhere and do terrible damage to our tourism industry.’