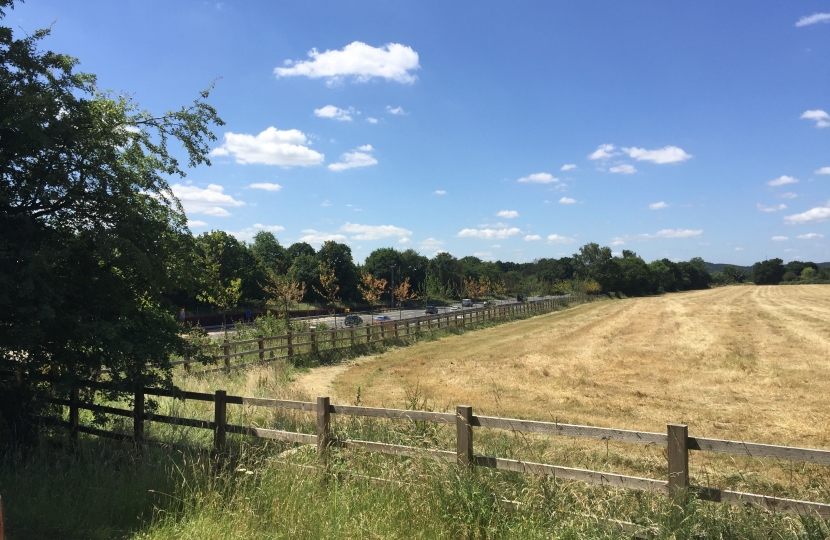 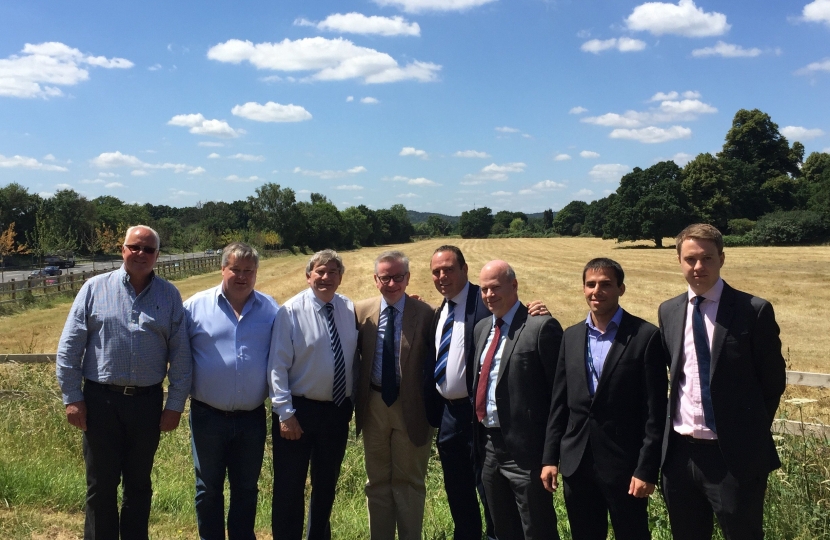 Further to his meeting with Highways England last Summer, Michael wrote this February to the Chief Executive, Jim O’Sullivan, to follow-up the discussion about the re-planting of suitable trees and faster-growing plants to replace those lost during the works to expand the M3.

Michael received a response confirming that the re-planting had been completed, and he arranged a meeting with Highways England on 22 June to inspect the new trees and bushes.

Michael and representatives from Highways England were joined by local Councillors, Conrad Sturt and Mike Goodman, and also by Graham Bullen, Chairman of the Windlesham Society.

Continuing concerns about noise and pollution emanating from the M3 were discussed, and Highways England agreed to investigate the situation; to analyse data on noise and pollution before and after the works on the M3; to outline the measures it has already taken, and possible measures for the future. It will share its findings in due course.

‘It was very helpful to view the new planting and to discuss local concerns with Highways England, and I look forward to hearing further from them about current levels of noise and pollution from the M3.’

Michael Gove met Windlesham Parish Councillor, Conrad Sturt, Graham Bullen of the Windlesham Society and Robert Goodwill, Minister of State for Transport, to discuss the widening of the M3 between junctions 2-4a. Mr Goodwill was delighted to report that all eight lanes of the M3 through Surrey Heath will now receive quiet-surface treatment during the smart motorway works.