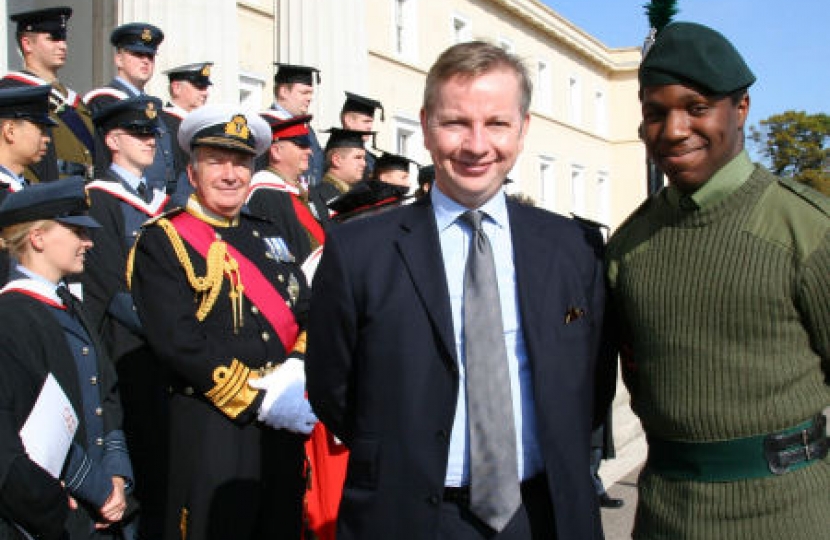 Michael Gove, MP for Surrey Heath, attended an event on Friday at the Royal Military Academy in Sandhurst where volunteering cadet instructors were recognised and rewarded for their community based learning achievements by educational charity CVQO.

Admiral the Right Honourable Lord West of Spithead presented over eighty leaders with Licentiateship, Graduateship and Membership Awards, along with a host of other qualifications.

Michael said, “This is a fantastic day, a day to celebrate the achievements of men and women who have given their time to help young people. The Army, Air and Sea Cadet organisations are an outstanding example of the best of British. They provide young people with a sense of discipline, a chance to be part of a team and the opportunity to gain skills, which will help them to be successful on whatever path they choose in life. Edward Woods, Lord West and CVQO do a great job and I am deeply grateful for their work whereby cadets can acquire meaningful qualifications. Today we celebrate the adult volunteers who give so much of their time for young people.”