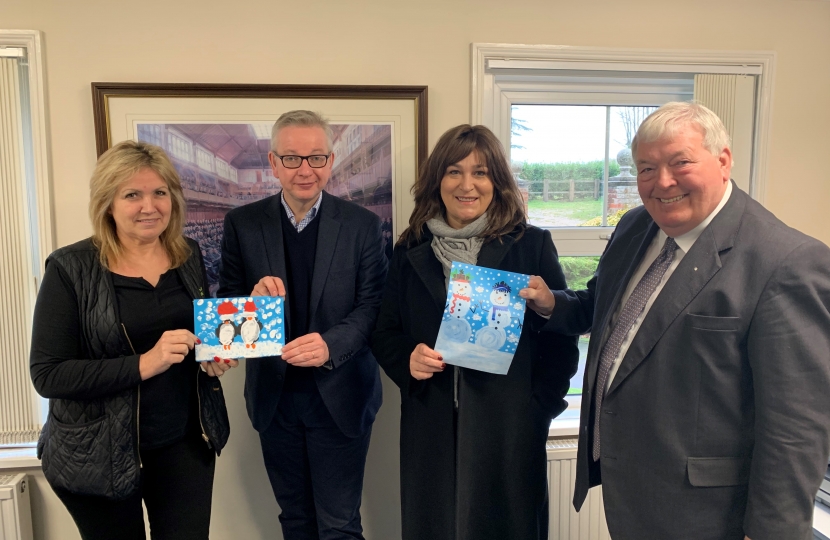 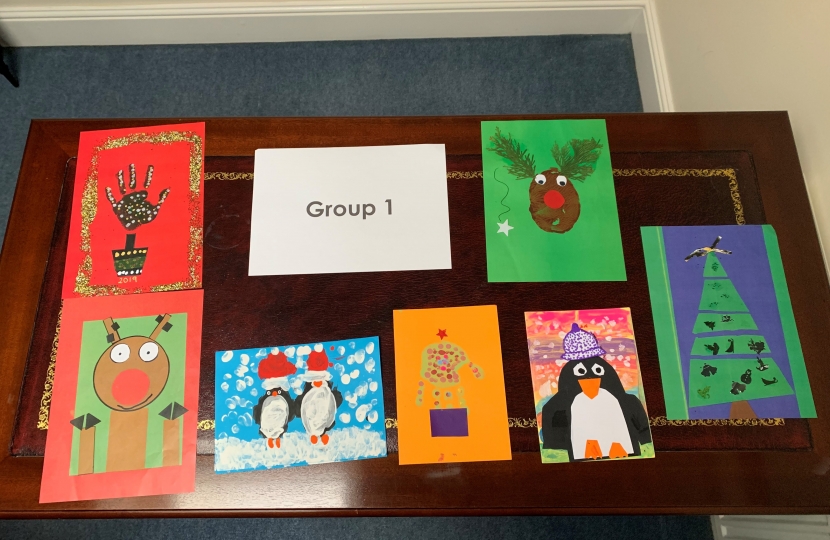 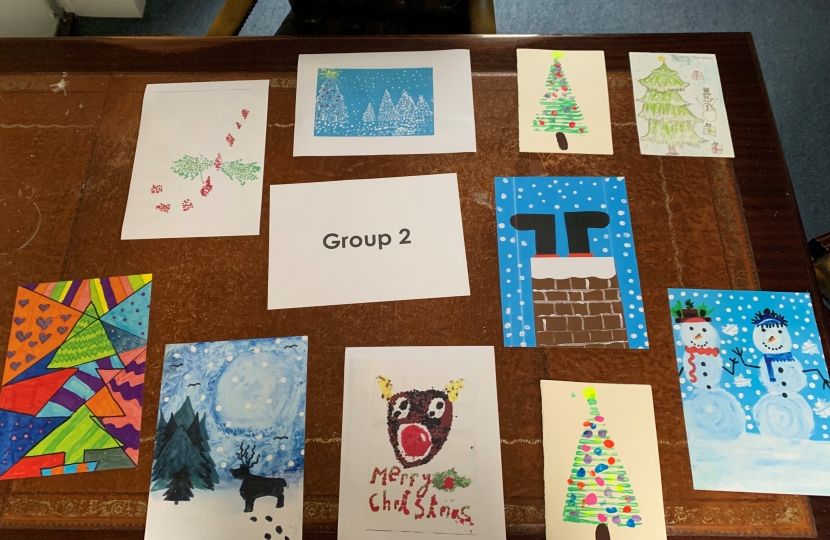 Michael Gove, Member of Parliament for Surrey Heath, has announced the winning designs for his 2019 Christmas card competition:

At the end of September, in preparation for the festive season, Michael wrote to all of the Primary Schools in Surrey Heath inviting them to submit entries to the competition, which would be viewed by a panel of judges – Michael’s wife, Sarah, Surrey Heath Mayor, Cllr Robin Perry, and Anne Brummer, trustee and founder of Harper Asprey Wildlife Rescue and CEO of Dr Brian May's Save Me Trust.

There were two groups in the competition – Group 1 for pupils in Reception to Year 2, and Group 2 for pupils in Year 3 to Year 6 – and on 25 November the judges met to choose the winning designs.

Designs from the children were hugely impressive, with a vast variety of colours and techniques used, and after some deliberation, the judges agreed that Ruby's and Sofia’s pictures were outstanding.

The winners' designs have now been printed into Christmas cards, and Michael will visit Ruby's and Sofia’s schools in the New Year to present them with a package of Parliament-themed prizes.

“All the entries were just brilliant and I was so impressed by all the wonderful designs. The judges had a very hard job in choosing the winners, and I would like to thank them for their help.”

EU Exit: Update on negotiations and the work of the Joint Committee

With your permission, Mr Speaker, I would like to update the House on the Government’s negotiations with the European Union on our future relationship, and the work of the UK-EU Joint Committee established under the Withdrawal Agreement.