Landmark Levelling Up Fund to spark transformational change across the UK 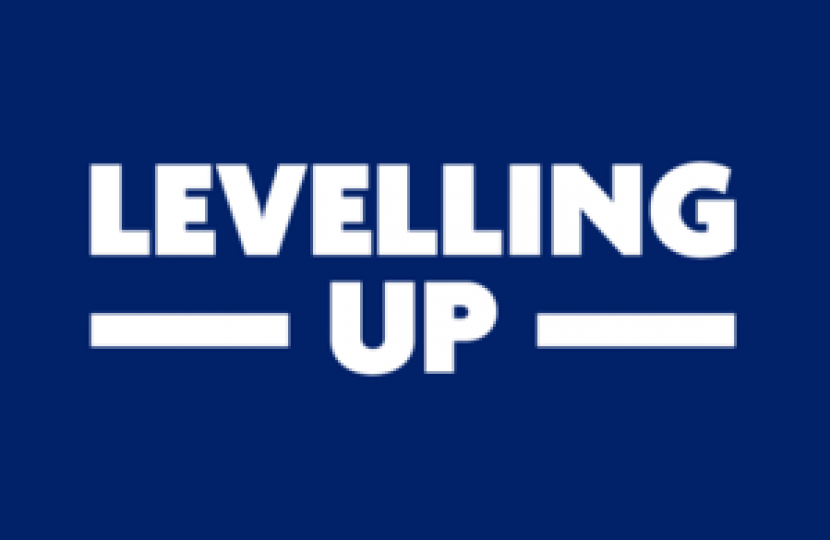 Landmark levelling up funding will breathe new life into more than 100 communities, with up to £2.1 billion awarded today to transformational projects across the United Kingdom. These include Eden Project North visitor attraction in Morecambe, a new AI campus in Blackpool, a new rail link in Cornwall, and a major regeneration scheme in Gateshead that will create jobs and grow the economy.

A total of 111 areas have been awarded funding from the second of the government’s flagship Levelling Up Fund, providing greater investment in communities that will create new jobs, drive economic growth, help restore people’s pride in the places where they live, and spread opportunity more equally. Secretaries of State will be visiting winning projects across the UK to see how local leaders will deliver for local people.

This will drive forward the Prime Minister’s priority to grow the economy by levelling up and provide the foundations for building a better future in communities across the UK. By working as one United Kingdom, the country is better able to collectively tackle the individual challenges faced by every region and nation across the country.

The government has also confirmed there will be a further round of the Levelling Up Fund, providing more opportunity to level up places across the UK.

Through greater investment in local areas, we can grow the economy, create good jobs and spread opportunity everywhere.

That’s why we are backing more than 100 projects with new transformational funding to level up local communities across the United Kingdom.

By reaching even more parts of the country than before, we will build a future of optimism and pride in people’s lives and the places they call home.

The UK government will also today launch an interactive map online so people can see which projects in their area are receiving Levelling Up Fund investment. This will be available at https://levellingup.campaign.gov.uk/.

We are firing the starting gun on more than a hundred transformational projects in every corner of the UK that will revitalise communities that have historically been overlooked but are bursting with potential.

This new funding will create jobs, drive economic growth, and help to restore local pride. We are delivering on the people’s priorities, levelling up across the UK to ensure that no matter where you are from, you can go as far as your talents will take you.

This is a major down payment on local jobs, growth and regeneration, all part of our mission to level up opportunity across the country.

To unlock more growth right across the country, we are making it easier for locally-elected leaders to make things happen without banging on a Whitehall door by extending devolution deals to all areas of England that want them by 2030.

The successful bids announced today follows the allocation of £1.7 billion to 105 projects from Round 1 of the Levelling Up Fund in 2021. The government confirmed last year that Round 2 funding would match Round 1 but increased this by more than £400 million after receiving a high number of transformative bids – taking the total allocated so far from the fund to £3.8 billion.

Today’s allocations also come on top of significant action already taken by the government to level up communities across the country. This includes opening 7 freeports, signing 6 devolution deals, connecting 740,000 homes and business with gigabit broadband, and helping 70 community groups take ownership of their cherished pubs, clubs and local landmarks at risk of closure.

The Towns Fund has been providing funding of up £25 million, to 101 towns in order to boost local economies outside of big cities and deliver vital infrastructure.

More than £645 million from the Levelling Fund has been allocated to 26 projects across the United Kingdom to improve transport links.

This includes £40 million for the West Yorkshire Combined Authority to transform its bus services, especially in areas of deprivation and for communities who do not have access to a car.

The North East Combined Authority will receive nearly £20 million to buy more than 50 new electric buses. This will provide more than 3,000 seats for passengers, improve air quality, reduce congestion and support businesses in the region.

Belfast International Airport will receive £2.3 million to purchase electric buses, which will have significant benefits for travellers and local people with better air quality and reduced noise.

Nearly £27 million has been guaranteed for a new roll-on, roll-off ferry for the Shetland Fair Isle in Scotland, providing a lifeline for the community, visitors and vital supply chains.

Over £760 million is being provided to regenerate towns and cities and unlock thousands of new homes.

This includes £20 million to regenerate Accrington town centre, which will see the renovation of the Grade II listed Accrington Market Hall into a bustling food hall and trading space and the refurbish of the vacant and dilapidated Burtons Chambers and Market Chambers into band-new office spaces.

There is £18 million for a transformation of Cleethorpes seafront, including the historic market square and regenerating Pier Gardens.

The construction of Willenhall Garden City in Walsall will be accelerated by a £20 million grant, which will unlock a £210 million regeneration plan, enabling the delivery of new homes, parks, and a railway station.

More £17 million will level up Leek Town Centre through a refurbishment plan that will upgrade the old market halls for new business use, upgrade the public library and museum, and create a swimming facility as part of wider town centre regeneration.

£545 million will restore local landmarks and protect them for generations to come.

This includes nearly £18 million to transform the Grand Pavilion in Porthcawl, one of the most recognisable buildings in South Wales, which is currently deteriorating after years of piecemeal refurbishments.

There is £20 million to restore the Grade II listed Haigh Hall in Wigan, which will rejuvenate the area and make the site a popular destination for culture, community, events and hospitality.

All areas were invited to bid for Round 2 by August 2022.

A further £136m has been shared between 10 schemes that are investing equally across the main themes of Regeneration and Town Centre, Transport and Culture.