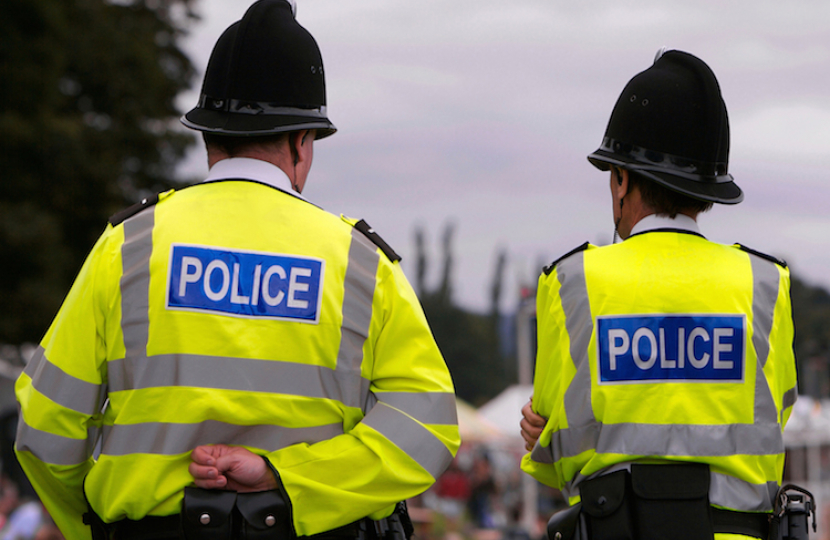 Michael Gove MP has welcomed the announcement that 155 police officers have been recruited in Surrey since September 2019, bringing the total number of officers up to 2,154.

The latest figures are part of the Conservative Government’s drive to get 20,000 more police officers on the street by March 2023, and puts the Government on track to fulfil its manifesto commitment with 69 per cent of the target now met.

Across the 43 police forces, an additional 13,790 officers have been recruited, bringing the total number of police officers in England and Wales to 142,759 – where they are already having an impact in tackling crime and keeping communities safe.

The latest figures also show that the police are more representative of the communities they serve. More than four in ten new recruits since April 2020 are female and nearly 12 per cent of new recruits identify as belonging to a Black, Asian, Mixed or other minority ethnic group.

In the past year, police in England and Wales have removed 16,000 dangerous weapons from our streets through stop and search, disrupted over 600 organised crime groups, and made over 8,000 arrests as a result of a national crackdown on County Lines drug dealing.

The 13,790 extra officers will support the Conservative Government’s crackdown on crime, which has seen the launch of the Beating Crime Plan and the passing of the Police, Crime, Sentencing and Courts Act through the House of Commons.

The Beating Crime Plan – aimed at reducing crime, protecting victims, and making the country safer – will see investments in school-based interventions methods, increased tagging to reduce repeat and substance-fuelled offences, and ensures that offenders give back to their communities through unpaid work.

The Police Crime, Sentencing and Courts Act – gives the police the resources they need to crack down on crime, including additional powers to tackle disruptive protests, increased sentences for the most dangerous offenders, and additional protections for women and girls.

This builds on the action already taken by the Conservative Government – including boosting police funding to a record £15.8 billion and investing £150 million through the Safer Streets Fund over the next three years into community projects to prevent crime – with a focus on neighbourhood crime, anti-social behaviour, and violence against women and girls.

“From working with our local police force, I know just how valuable 155 more police officers will be in helping crack down on crime in our local community.

“The 155 additional recruits mean there are now 2,154 police officers in Surrey, helping to pursue criminals, keep neighbourhoods safe, and reassure the law-abiding majority.

“These figures also reveal that where Labour are in power, they are failing to deliver. Once again this demonstrates that only the Conservatives can be trusted to keep people safe and deliver on the priorities of the British people”.

“We promised the British public 20,000 more police before March 2023 and that is what we are delivering. The total number of officers is now already at a 10 year high, with thousands more still on the way to protect the public from harm.

“That means more officers out patrolling our streets, bearing down on anti-social behaviour and violent crime, and helping to level up communities across the country.”

Following a spate of burglaries across Surrey Heath in 2019, Michael wrote to the Chief Constable of Surrey Police in October 2019 and received a helpful response from Surrey Heath’s then Borough Commander, Bob Darkens, which is attached below.

Michael Gove, MP for Surrey Heath, welcomes that 20,253 pensioners in Surrey Heath will receive an additional £300 to help with the cost of living.