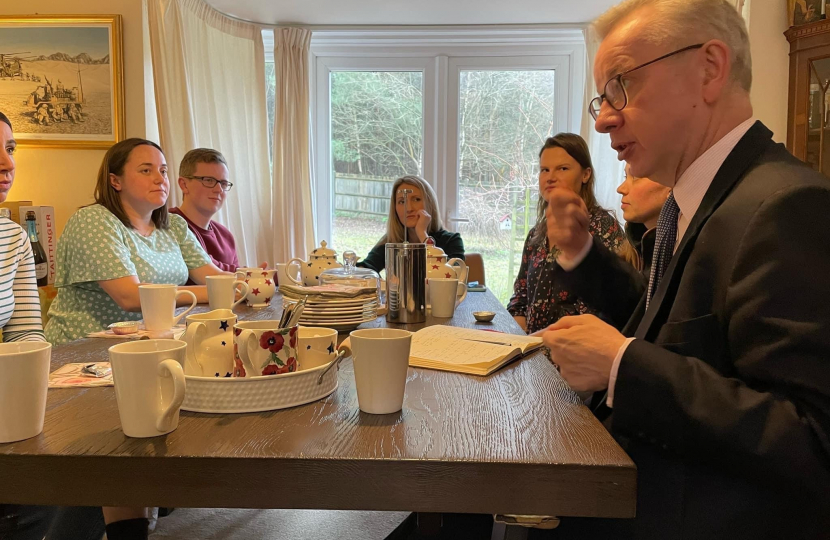 There are a number of service families living in Surrey Heath, many of whom have been in touch with Michael to raise concerns about the condition of their accommodation.

In December 2022, Michael met several service families from the Royal Military Academy Sandhurst (RMAS), who are living in Service Family Accommodation in Camberley. Michael was very concerned to learn of the repeated problems these families have been experiencing, such as mould, damp, and broken heating, and their difficulties receiving timely repairs. Michael made clear that far too many service families are in housing which is inadequate, and he has been liaising with the Minister for Defence Procurement, Alex Chalk MP, who has assured him that he is taking action on this important issue.

In January 2023, Michael held further meeting  in Camberley with another group of RMAS service families to discuss their ongoing accommodation issues, and Michael promised to continue to keep in close contact with the Minister for Defence Procurement to ensure that these service families are receiving all the support they rightly deserve and need.

The Ministry of Defence contacted Michael on 17 January to assure him that Minister Chalk would be responding shortly, and an update will be posted here as soon as possible.