Developments in Ash and Tongham 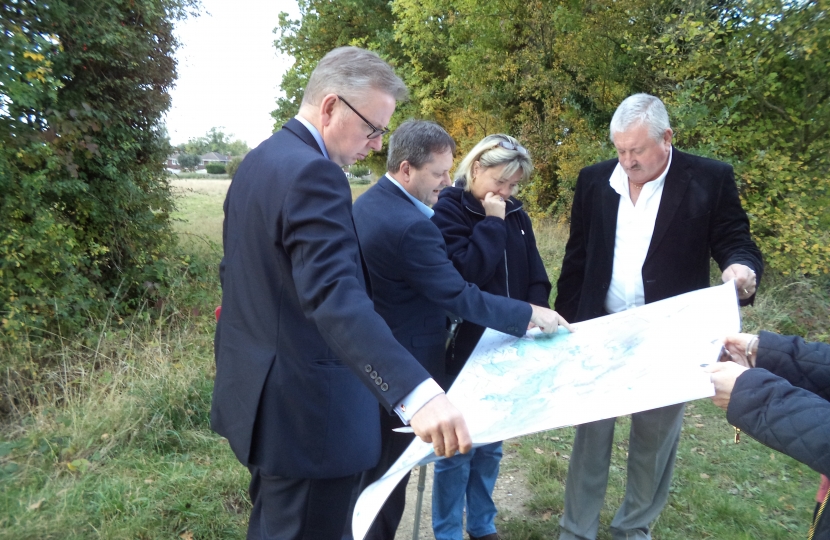 Many local residents have expressed concerns about the number of housing developments in the Ash and Tongham area, and the lack of infrastructure to cope with an inevitable increase in population and the number of cars on the already congested roads.

Michael will continue to work with local councillors, Guildford Borough Council, Surrey County Council, and other local organisations to represent these concerns.

Michael wrote a letter of support for Guildford Borough Council’s bid for funding for a bridge at Ash Station to ease traffic congestion. On 1 February 2018, the Government announced that Guildford Borough Council’s bid was successful, and has granted £10 million via the Housing Infrastructure Fund for the new bridge. Please see the attached letter.

“Delighted to have supported Guildford Borough Council’s bid to the Housing Infrastructure Fund for the Ash Road Bridge project, and I am thrilled that the Government has awarded this project £10 million!

This is great news for Ash and the surrounding area, and I understand that the Council can now push full steam ahead with the necessary steps to make the bridge a reality. I look forward to seeing how the scheme progresses, and to catching up with local residents at my next Q&A.”