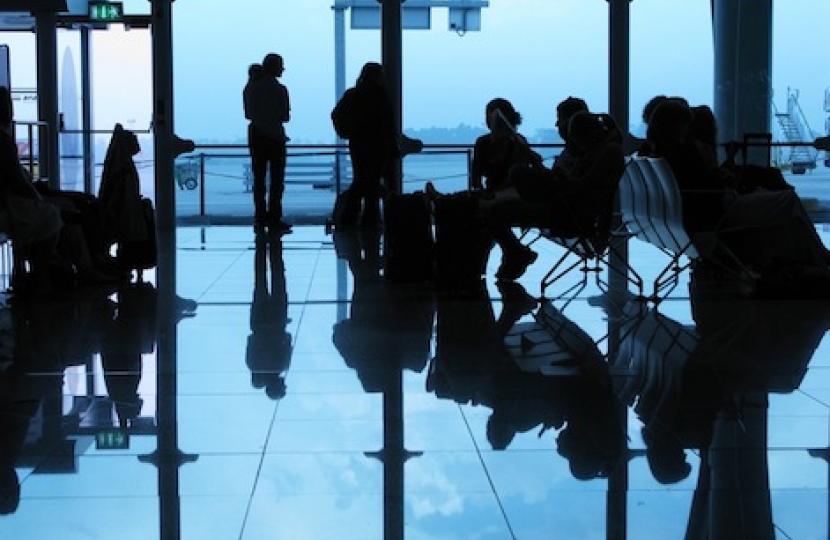 Not only do Surrey Heath residents use Heathrow for holidays and business travel, many actually work at the Airport too.

Better transport connections are desperately needed in order to reduce congestion along the M3, especially as the Airport wishes to expand.

Michael is backing calls for a new fast bus service from Surrey Heath to Heathrow Airport. He wrote to Heathrow and to the Department for Transport to express his support for both the Western Rail Link, which promises to reduce journey times from Camberley by half an hour, and the proposed Southern Rail Link. The responses are posted below.

Michael recently met the Chief Executive of Heathrow Airport, John Holland-Kaye, to press for a bus scheme from Surrey Heath to be adopted and was encouraged by proposals for the Bracknell Express, which runs from Bracknell to Terminal 5 at Heathrow, to include an additional stop in Bagshot. Whilst the Bracknell Express unfortunately stopped operating during the pandemic, Michael wrote to John Holland-Kaye once more in April 2021 to ask for an update and was pleased to learn that the service will recommence operation as soon possible. Michael will raise once more the introduction of an additional stop in Bagshot during his upcoming meeting with John.