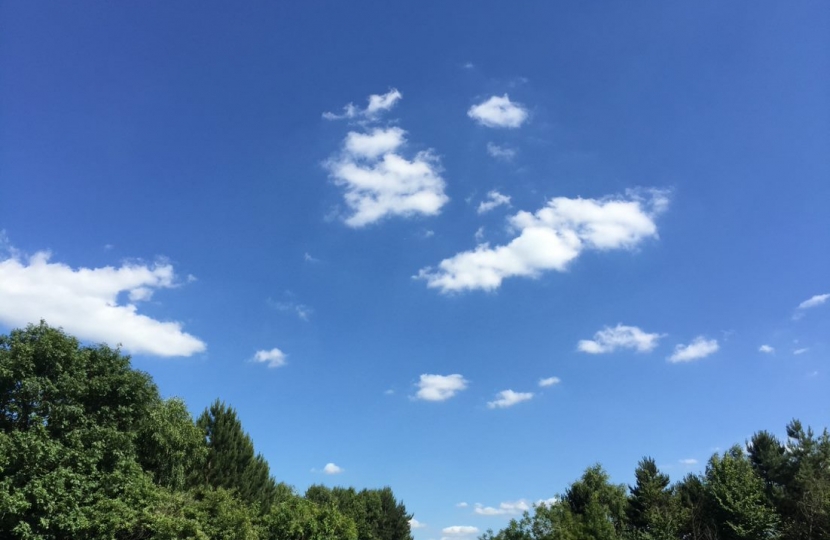 Many residents on the Avondale estate in Ash Vale have suffered from repeated flooding, and in May 2019 Michael wrote to SSE in wholehearted support of the application submitted by the 6th Avondale Residents Association for a resilience grant.

The grant was requested to enable the installation of a flood-defence wall, and Michael has asked SSE to look favourably upon the Association’s application.

In October 2019, Michael chaired a meeting between local residents and representatives from Network Rail, the Environment Agency and Surrey County Council concerning the future maintenance of the ditches alongside the railway line next to the estate.

In February 2020 Michael wrote to Network Rail to enquire about the progress of the ditch maintenance, and was informed that unfortunately work had been put on hold owing to the pandemic and would be arranged for a later date.

In October 2020, Michael received confirmation that Surrey County Council has been awarded a grant from the Environment Agency, and will be starting major drainage works in Wellesley Close in November in order to combat the flooding that has so long been a cause of great misery for a number of Ash Vale residents.

The Wellesley Close scheme was completed earlier in 2021, but following a number of heavy storms, land flooding was still being reported in the area. Whilst Michael understands that no properties were flooded it is still important that more is done to make sure residents are not adversely affected. He is pleased, therefore, that Surrey County Council will be undertaking a review of the recent flooding to see what further improvements can be made.

Michael is also pleased that the Environment Agency has secured funding to undertake modelling of the River Blackwater which will help to better understand the interaction between the different flooding mechanisms, and will continue to work with partners to see how this can reduce flood risk in Avondale.

Network Rail’s postposed ditch maintenance works were rearranged and completed in March 2021, and in fact, the works went beyond the ‘scavenging’ requirements initially agreed, with the ditches on both sides of the railway being re-profiled by an excavator to restore capacity.